“Music doesn’t lie. If there is something to be changed in this world, then it can only happen through music.” – Jimi Hendrix

My spiritual work as well as my written work has always been dedicated to truth. As the above words from the legendary Voodoo Child himself, Jimi Hendrix tell us music doesn’t lie either. However lately there had been a proliferation of exaggeration and a conflation of magic with fantasy. It is getting harder to find the truth about magic. So when I was asked to write this new blog series I sat long and hard about what to focus on, and the answer became clear : music. Since time immemorial music has been a place of magic. Music undoubtedly soothes our souls and lift our spirits.

In the past I have frequently written about music on my blog Voodoo Universe, and in my books. Those who are familiar with me know that for years I worked as a choreographer and lead dancer for the phenomenal musician Dr. John, aka Mac Rebennack, whose music brought New Orleans Voodoo and Hoodoo to the world. In one of my treasured conversations with him, he picked up my first book on Voodoo and said to me “ your dancing is great, but what’s important, what’s really important is this. The words. They will last.” He was a very wise man, unfortunately he joined the ancestors in 2019 and I miss him every single day. His album Gris-Gris debuted in 1968 and brought New Orleans Voodoo and Hoodoo to the world. It was an honor and a privilege to be part of this legacy. 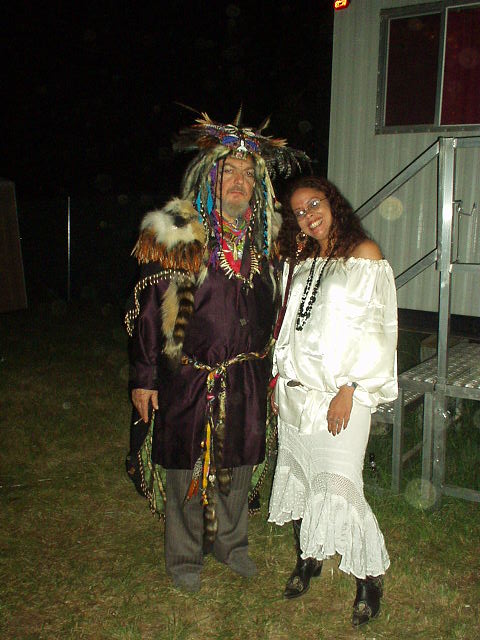 For awhile before I decided to focus on my writing as a way to bring my craft to the world, I began to concentrate on public ritual. Once I even did a ritual and altar dedicated to Jimi Hendrix as part of a tribute by Papa Mali, a legend in his own right. If I’m being fully transparent, I’ve been on stage in a spiritual way creating music probably most of my life. While I’m not a traditional musician, I am a singer. I got my start on Broadway in my youth with such musical greats as Grammy winner Eagle-Eye Cherry and Grammy nominee Monifah. We did productions of A Midsummer Night’s Dream and Godspell. Even though I don’t speak of it often, these experiences set the stage for my musical foundations. Suffice to say I found Christianity and Shakespeare’s fairies a bit limiting and I continued to embrace alternative spiritualities, eventually finding my home in Voodoo and Witchcraft.

While magic and rhythm has always been intertwined, more recently we’ve seen artists like Beyoncé, Ibeyi, and Riva Nyri Precil bring it further into the fore. So in this blog series I will ask and hopefully answer a lot of questions, not least what is it and why everyone is listening to it. I hope you will learn more about me, as well as more about the connection between music and magic. We will talk about why Black mermaids sang long before Disney was even born, who wears the golden crown, what was Robert Johnson really looking for at the crossroads, and much more.